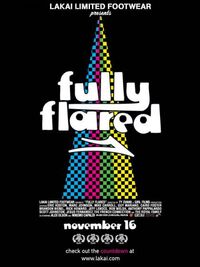 The video's release was postponed for about two years, mainly due to important team additions.[1][2] Overall it took about four years to make.[3][2]

Some team members had a lot of left over footage and are now planning to use it for other videos.[2][4] Most of the video was filmed with Sony DCR-VX1000 cameras and Panasonic HVX200 (which Ty Evans gained access to towards the end of filming) high-definition footage is used for second angles.[5]

The introduction features the skateboarders performing tricks on or over obstacles such as blocks and stair sets while they are exploding. Shown in very slow motion, the intro is accopmanied by a soundtrack from electronic music group M83.

Originally, Evans, Jonze and Howard played with different ideas which were all a lot more dangerous. The intro was then filmed 3 weeks before the premiere.[5]

According to Brandon Biebel, the most dangerous part of the introduction was Mike Mo Capaldi's "Switch Flip", down the staircase which was then exploded with a small portion of napalm. This explosion was expertly timed and carefully planned so that Mike Mo Capaldi was not in any danger of being hurt from the explosion itself, the danger was of falling debris.

The main group filming was Aaron Meza and Chris Ray. In Europe, an Italian filmer named Fedrico Vitetta - who’d been living with Oliver Barton in Spain for a year - took on the role. Then was conceptual help from Rick Howard and Spike Jonze. Finally, Johannes Gamble helped with all the effects work.

Community content is available under CC-BY-SA unless otherwise noted.
Advertisement